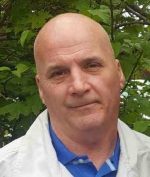 Born on July 6, 1962 in Norwood, Massachusetts he was the son of Richard and Elizabeth (Murray) Linfield.

He lived in North Attleboro for 15 years and was employed at the Northeast Electric in Brockton as a truck driver.

Stephen’s hobbies and interests include metal detecting, motorcycle riding, collecting and fishing at the canal.  He was also a music lover especially classic rock.

He was predeceased by his siblings: Mike Burke, Dana Conkle and Terry Conkle.

Visiting hours will be held on Thursday August 1, 2019 from 5-8pm in the Sperry & McHoul Funeral Home 15 Grove St. North Attleboro.

Interment will be held privately at the convenience of the family.