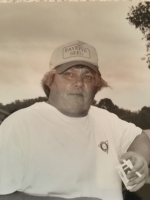 Born August 13, 1957 in Attleboro, he was a son of the late Chester and Sara (Lovely) Roberts.

Jim grew up in Plainville and also lived several years in Kentucky before moving back to Plainville in 2003.

He was a 1974 graduate of Norfolk County Agricultural High School where he was president of the Future Farmers of America.  He also attended Stockbridge School of Agriculture at the University of Massachusetts, Amherst and was a member of the fraternal brotherhood of Alpha Tau Gamma.

Jim worked for the North Attleboro Water Department from 1990 until 1997 as an equipment operator.

He worked at various horse farms in Kentucky before returning home to work the farm on which he was raised in Plainville.

From his first 4H project when he was seven years old, showing his prized steer, to the last bale of hay in the summer of 2017, Jim’s passion for farming and agriculture was ever present.

His introduction to farming was led by his grandfather, Weldon Lovely, and was supported and appreciated by his parents, Chet and Sally.  He was born to be a farmer and was raised as one.  Jimmy was always a farmer and he lived the life he loved.

He is survived by his brothers: Gregory of Plainville, William and wife Heidi of Rye, HH, Thomas and wife Melissa of Plainville and Steven Roberts of Kentucky; and his sister, Jennifer Blakely and husband Roy of Plainville.

In tribute to the many friends and family Jim has lost to cancer, in lieu of flowers donations may be made to the Dana Farber Cancer Institute, PO BOX 849168, Boston, MA 02284-9168.

To sign an online guestbook for Jim, please visit www.sperry-mchoul.com.