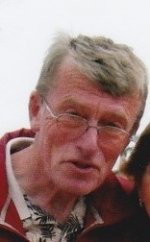 Richard Warren “Dick” Williams, 76, of North Attleboro, passed away peacefully on Thursday, May 23, 2019 at Maples Nursing and Rehabilitation Center in Wrentham, MA. He was the beloved husband of Cynthia (Smith) Williams.

Dick spent his formative years in Quincy and was a graduate of Thayer Academy of Braintree, MA and later, obtained his Bachelor’s Degree from Muskingum College of New Concord, Ohio. It was there that he would meet his wife of over 51 years, Cynthia.

After their marriage in 1967, they resided in Manheim, Germany while Dick served in the United States Army. While serving, he was a paratrooper and operated tanks.

Upon being discharged, he and Cynthia moved to New Wilmington, PA where Dick was employed by Liberty Mutual Insurance Company and their son, Lance Richard, was born.

They returned to the Attleboro area in 1972 and for a time, Dick worked for a builder out of Reeds Ferry, NH and was instrumental in the construction of Royal Park Apartments.

In 1973, while residing in North Attleboro, the Williams family welcomed their daughter, Cara-Lee.

From 1977 until his retirement, he was employed by the Stearn Leach Company in Attleboro as a Quality Control Engineer.

After winning a bicycle from WARA, Dick took up cycling. He would bike his way to and from work, riding all over, once even biking his way to Cape Cod. The family enjoyed many an adventure cycling on Martha’s Vineyard, Block Island, and along the Rhode Island Bike Paths. In winter, Dick spent time cross-country skiing, along with the dog, on the trails that he made in the woods by his home.

In addition to the times he spent with his family, he enjoyed golfing with his buddies.

Dick was a longtime member of Grace Episcopal Church, where he taught Sunday School and served as an usher.

Besides his wife, he is survived by devoted children: Lance R. Williams and his wife Lisa; and Cara-Lee Stephenson and her husband William. He also leaves his cherished grandchildren: Paige, Evan, and Isabelle Williams; and Vera and Elizabeth Stephenson.

He was the dear brother of Roger I. Williams and Susan Williams.

He was the uncle of Adrienne (Williams) McCleskey.

A memorial service, to which relatives and friends are kindly invited to attend, will be held on Monday, June 3, 2019 in Grace Episcopal Church, 104 North Washington Street, North Attleboro at 11 AM.

Military honors will be accorded outside of the church, immediately following the service.

A visiting hour will be held at the church prior to the service from 10-11 AM.

Inurnment will be held privately at the convenience of the family.

In lieu of flowers, expressions of sympathy in Dick’s memory may be made to the Grace Episcopal Church Memorial Fund, 104 North Washington St. North Attleboro, MA 02760.