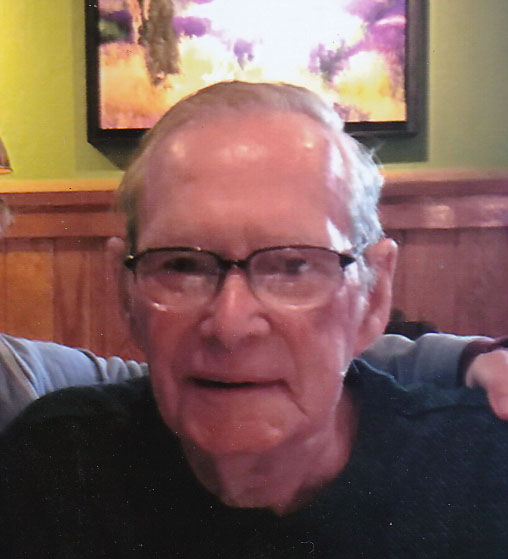 NORTH EASTON – Ulysse Alexander Savard, Jr., 87, of Easton, MA passed away peacefully after a long battle with Alzheimers.  He was the loving husband of Noreene (Snell) Savard for 47 years.

Born April 14, 1932 at home in Riverside, RI. he was the son of the late Ulysse and Edith (Rafferty) Savard.

He was educated in the East Providence, RI school system.  He served his country honorably in the RI Army National Guard from 1951 – 1953 and served overseas in Germany  He worked for a family owned dealership named Savard Imported Cars for many years.  He also, worked for Franklin Machines until he retired in 2000.

Ulysse enjoyed spending summers with his family at the Cape house in Dennis, MA.  He had a loving affection for all the dogs that he had owned.  Pepper, Quinton, and Hercules.  Presently, Buddy.

Visiting hours will be held on Tuesday April 30, 2019 from 9-11am in the Sperry & McHoul Funeral Home, 15 Grove St. North Attleboro, with Pastor Gary Closter officiating at 11am.  Burial to follow at Plainville Cemetery, West Bacon St. Plainville, MA.

Memorial donations in memory of Ulysse may be made to the Animal Protection Center of Southeastern Massachusetts, 1300 W. Elm St. Ext., Brockton, MA 02301.