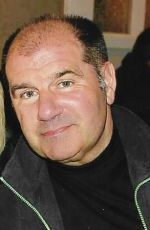 NORTH ATTLEBORO – Edward Patrick Hebert, 65, of North Attleboro passed away Saturday, April 13, 2019 at home surrounded by his devoted family.  He was the loving husband of Betty (Dorrance) Hebert for over 43 years.

Edward grew up in Norton and was a 1972 graduate of Norton High School.  After marrying Betty, they moved to North Attleboro.

He was a graduate of Massasoit Community College and later received a bachelor’s degree from Bryant College.  He received a master’s degree from Anna Maria College in Paxton and then a jurist doctorate from Southern New England School of Law.

Edward briefly worked at Bliss Brothers Dairy, where he met Betty in 1972.  He also worked at Fernandes Supermarket in Plainville and owned and operated Hebert’s Variety Store on Tremont Street in Rehoboth in 1976.

Edward worked as an officer on the Norton Police Force for 16 years from 1978 until retiring in 1993.

After leaving the department, he graduated from law school and passed the Massachusetts Bar exam and began his work as an attorney doing mostly real estate law out of a home office.

Eddie’s greatest love was his wife, two daughters and his three grandchildren.  He especially enjoyed vacationing in Fort Myers Beach, FL with his wife.  He was always involved in athletics, playing and coaching.  He was a skier, golfer and an avid exercise enthusiast.  There was no sport that he didn’t enjoy playing.

In 2015, Eddie fell clearing snow from his roof and suffered a spinal cord injury.  He worked hard to overcome his disability and was continuing to work hard until his passing from leukemia.  He was an avid Boston sports fan, especially the Boston Red Sox and New England Patriots.

A time for visitation will be held on Wednesday, April 17 from 10 to 11 a.m. at Sperry & McHoul Funeral Home, 15 Grove Street, North Attleboro.  A funeral service will be held at the conclusion of visitation in the funeral home at 11 a.m.

In lieu of flowers, donations may be made to Journey Forward, 5 Shawmut Road, Canton, MA 02021.

To sign an online guestbook for Eddie, please visit www.sperry-mchoul.com.