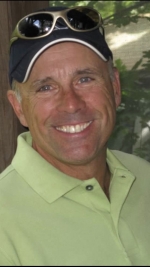 Richard G. "Rick" Rose of Wrentham passed away peacefully at Maples Rehabilitation and Nursing Center in Wrentham on the evening of Tuesday, March 26, 2019.  After a long battle with frontotemporal dementia (FTD), Rick passed surrounded by loved ones.
Rick was born on October 13, 1949 to the late George R. Rose of Ashland and late Dorothy R. Rose of Plainville. Rick was the middle of three children and is survived by his older brother, James Rose of Wrentham, and sister, Jane Cote of Taunton.  In addition, Rick is survived by his beloved wife of nearly 43 years, Janice (Rider) Rose of Wrentham. The two were married on April 24, 1976.  Rick is also survived by two beloved daughters, Ashley Rose-Mello of Medway  and Darby-Lee Carlucci of Franklin, as well as their husbands Jonathan Mello and Robert "BJ" Carlucci. Rick was a doting and loving father, and also reveled in the love and attention of his four grandchildren: Giovanni Carlucci, and Aurelia, Isaac, and Greta Mello.
Rick was a member of the King Philip Regional High School graduating class of 1967. Shortly after graduating from KP, Rick enlisted in the U.S. Navy in 1968. As a member of the U.S. Navy's Seabees, Rick served in Antarctica in the early 1970's before his honorable discharge in 1974. In addition to marrying Janice in 1976, Rick became the owner of Star Pools that year. Rick ran Star Pools with tremendous energy and passion for over 30 years, completing building projects throughout New England. Rick won numerous awards for his creative pool designs and quality craftsmanship. In addition to building custom pools, Rick was also a skilled master carpenter.
Relatives, friends and neighbors are invited to a celebration of life in Rick's honor on Sunday, April 28, 2019 at 1:00  PM at Normandy Farms Campground in Foxboro.
In lieu of flowers, please consider a donation to Dr. Dickerson's Dementia Research Program in the Massachusetts General Hospital Frontotemporal Disorders Unit: https://Giving.MassGeneral.org/FTDUnit Gifts made online have the opportunity to add a note in memory of Rick. Donations can also be made by mail. Checks may be made out to "MGH Dr. Dickerson Lab," memo: "Dementia Research." Mail to: MGH FTD Unit, Attn: Raseeka Premchander, 149 13th Street, Suite 2691, Charlestown, MA 02129.
back to top