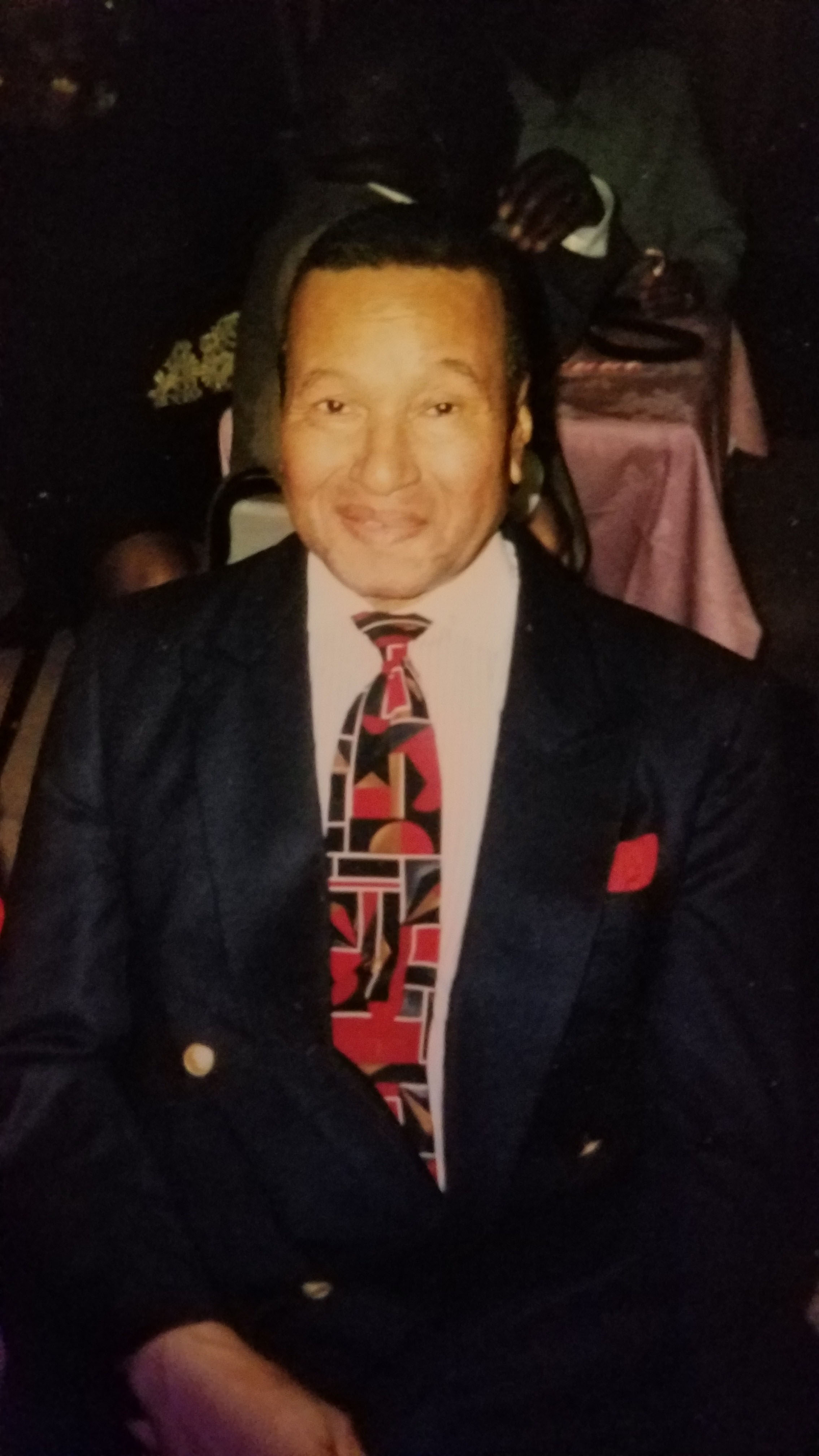 WALTER L. BAPTISTA, Sr. It is with great sadness that the family of Walter L. Baptista, Sr. announces his passing on March 16, 2019 at the age of 93. Walter will be lovingly remembered by his wife of 69 years, Edith (Lewis) and his children, Walter Jr. (Norma), Patricia Booker (Samuel), and adopted child, Sharna. Walter will also be fondly remembered by his 3 grandchildren, Jaime, Aaron (Abby), and Kali, and by his sisters, Rita, Julia, Mary and Juvalina. Walter was predeceased by his brother William B. Baptista who was the father of Walter's nieces, Sandra and Lynn and nephews William and Mark Baptista. Also added to the list are many in-laws, nieces, nephews and cousins, 10 great grandchildren, 3 great great grandchildren, 9 blended grand and great grandchildren and 2 great grand-dogs.

Walter was born on May 4, 1926 and raised in Providence, RI. He was the son of Manuel Baptista of Brava, Cape Verde and Lucy Dora (Williams) of Delaplane VA. Walter went on to be a long time resident of East Providence, RI. In the early years, Walter graduated from Hope High School where he made history as a high jumper and held his greatest record which wasn't broken until 1970.

Walter or Bap; as he was fondly called by friends and family; earned many trophies and metals for track and field and high jump competitions and would always support the up and coming track athletes as he grew older. Walter was a WWII Veteran having entered the Army in October of 1943 where he served in the European Theater of Operations and was honorably discharged in 1945. He and his childhood friend Wesley Mayo, met and dated two beautiful friends and neighbors, the lovely Shirley Spears and Edith Lewis. They would take a bus to East Providence and often missed the returning bus that would take them back home to the East Side of Providence, so they would have to walk.

Edith and Walter were married on June 17, 1949 at Union Baptist Church in Pawtucket, RI. Walter absolutely loved music of many genres; from classical to gospel and everything in between but his favorite and at the top of the list, was JAZZ. He was a master of jazz music and could tell you anything you wanted to know about an assortment or artist, both vocalist and musicians. It was not unusual to find famous band members, singers and musicians, performing in the living room at any given time. He also sang with The Silvertones, a capella group that performed on the radio, in churches, and venues such as the Celebrity Club, the first integrated jazz venue in New England. He was a faithful member of Olney Street Baptist Church for many years and was very involved in the music ministry as director of the mens and gospel choirs. Walter was also a member of the Scitamard Players, the oldest Black theater company in New England which started in 1938 and performed Plays by Langston Hughes and other black poets and writers.

Walter joined the Prince Hall Grand Lodge of RI in 1959 and was a member of the Celestial Lodge #2. He was a Worshipful Master in 1974, a Grand Master in 1981 to 1983, a 33 Degree in May of 1981 and a past Deputy of the Orient of RI in 1982. Walter worked various jobs during his lifetime. He was the first person of color in the state of RI to be a hired by the RI Department of Corrections as a Correctional Officer. His long-term employment with Star Market as an assistant manager for many years; included the Cranston, Providence and Pawtucket locations, and was probably the most rewarding of his employment history. He was able to hire and give the younger members of the black community, employment positions. After a brief retirement, he returned to work for Dave's Market of North Kingstown where he was not only the oldest employee, but he was said to be the best employee at his job. Walter finally retired from forced labor at the golden age of 82.

Visiting Hours for Walter will be held on Saturday March 23, 2019 at 12pm in the Faith Christian Center, 95 Sagamore Rd. Seekonk, MA followed by a service at 1pm.

Burial will be held privately at a later date.