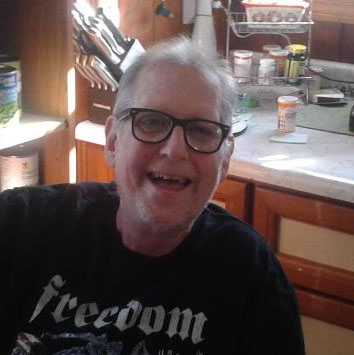 PLAINVILLE – Stephen “Steve-O” Fennelly of Plainville, formerly of Canton and Burlington, entered into eternal life on Tuesday, February 26, 2019 at Milford Regional Medical Center after ongoing health battles, which he faced with much courage.  He was a loving and king person with a soft-spoken manner.

He enjoyed walking and was an avid bowler and enjoyed playing the guitar.  He loved music and was a fan of all the Boston sports teams.  He mostly enjoyed spending time with his two great-nephews.

Relatives and friends are invited to attend the visiting hours on Saturday, March 2 from 9am to 10:15 a.m. at Sperry & McHoul Funeral Home, 15 Grove Street, North Attleboro.  A Mass will be celebrated after visitation at 10:30 a.m. at St. Martha’s Church, 227 South Street (Route 1A) in Plainville.  Burial will be held at a later date at Shepardville Cemetery in Plainville.