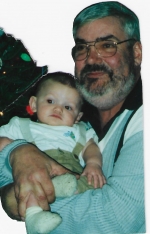 Mark was a lifelong resident of South Attleboro and a 1967 graduate of Attleboro High School.

He worked as an oil technician for 42 years at several local oil companies including Petro Oil and DeBlois Oil before retiring.

He was a U.S. Navy Veteran of the Vietnam War where he also worked as a boiler technician.

Mark had a big heart and would take his profession to another level to help people out.

Visiting hours will be held on Monday, January 21 from 6-9 p.m. at Sperry & McHoul Funeral Home, 15 Grove Street, North Attleboro.  A funeral service will be held in the funeral home on Tuesday, January 22 at 10 a.m.  Burial with U.S. Navy Honors will take place at a later date at Newell Burying Ground in South Attleboro.