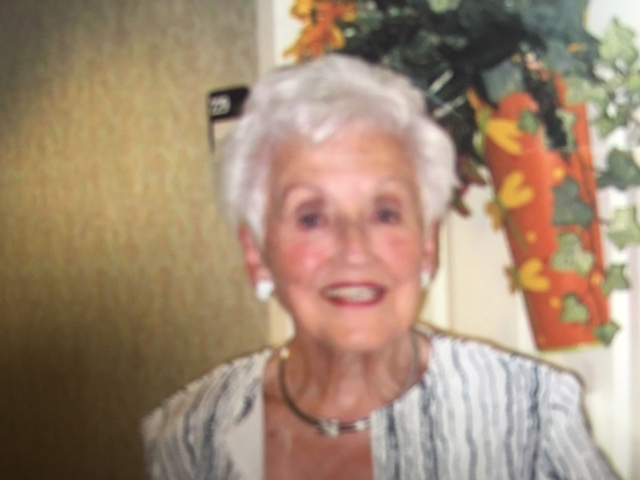 She was born, Margaret Howarth, in Chorley, Lancashire, England on October 11, 1923.

During WWII, Peggy worked as an air raid warden for her home town as well as working for the London Red Cross.   Serving for the Red Cross is how she came to meet her husband, the late Lewis R. Robinson of Perry, Maine.  Lewis was recovering from his injuries sustained in battle.  Upon first seeing Peggy, Lewis told her that he was going to marry her and four months later they did so.  Shortly thereafter, they moved to America.  Peggy took great pride in telling people that she was and “English War Bride”.

Peggy was a longtime resident of Plainville and worked at Plainville Stock for over 25 years until her retirement 20 years ago.  Peggy loved to sing and was thrilled being a member, for 25 years, of The Harmonettes and the Harmony Heritage, competitive acapella groups, that toured various locales in the United States and Canada.

Peggy’s other interests were gardening, knitting, and cooking.  Above all, she loved her family and was a devoted mother, grandmother, and great-grandmother.

A celebration of life service will be held on Saturday, October 21, 2017 at 10 a.m. in the Sperry McHoul Funeral Home, 15 Grove Street, North Attleboro immediately followed by a graveside service at Mt. Hope Cemetery, North Attleboro.