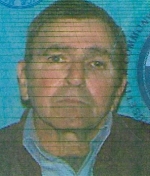 PLAINVILLE – Michael Robert DaCruz, 71, of Sunset Acres in Plainville passed away Sunday, October 28, 2018 at home surrounded by his family.  He was the husband of Christina (Guilbault) DaCruz for over 44 years.

Born October 11, 1947 in Taunton, he was a son of the late Armand DaCruz and Beatrice (Cruz) Thayer.

Michael grew up in Taunton and Mansfield and was a longtime resident of North Attleboro before moving to Plainville eight years ago.

He was employed as a truck driver and worked for over 20 years at Waste Management before retiring in 2004 due to disability.  In retirement he worked several years as a crossing guard at St. Mary’s Sacred Heart School in North Attleboro.

During his working career he worked tirelessly for his family.  He was also a longtime communicant of St. Mary’s Church in North Attleboro.

In addition to his wife, he is survived by his three children: Tina Wambolt and husband Brian of Woonsocket, RI, Michael J. DaCruz of Bridgewater and Missy Cameron and husband Gary of Nova Scotia, Canada;

He was brother of the late James and Robert DaCruz.