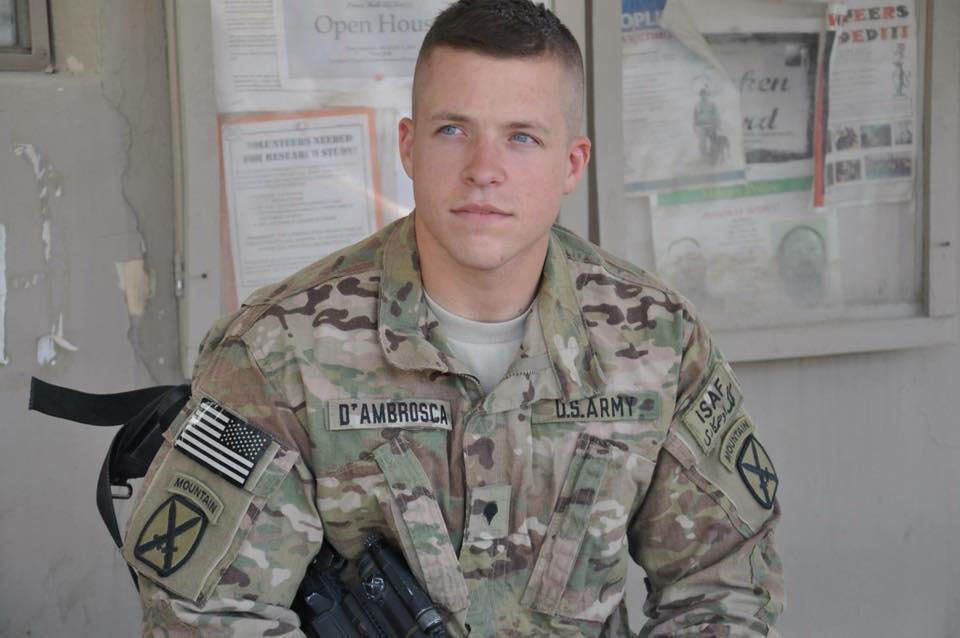 John was born in Orlando, Florida on March 25, 1987 the beloved son of Barbara (Twyman) D’Ambrosca.  He has been a resident of North Attleboro since 1997.

He graduated from North Attleboro High School in 2005 and attended Johnson and Wales University from 2005 to 2006.  John served in the U.S. Army for 4 years from 2010 to 2014 and the Army reserves from 2014 to 2017.  He was deployed to Afghanistan for a year during his years of service.  While serving in the Army he continued his education at Suffolk University from 2014 to 2017.

John was presently employed by the New England Revolutions as an account executive.

John loved fishing and clamming with his best friend Taurin. For many years John did Karate and earned many trophies and awards. He was an avid fan of the Boston Red Sox, the New England Patriots, and the Boston Bruins.  John’s warm smile and gentle kindness touched many hearts.  He will be greatly missed by many including his friends who will remember his as Jonno.

Visitation for John will be held in the Sperry McHoul Funeral Home, 15 Grove Street, North Attleboro, on Friday, August 24, 2018 from 5 to 8 p.m.  Funeral Services will be held privately.