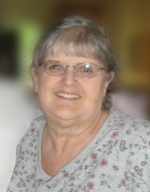 NORTH ATTLEBORO – Cheryl Lee Andrews, 69, of Lakeshore Drive passed away Wednesday, August 15, 2018 at Sturdy Memorial Hospital.  She was the wife of Edward Andrews for the past 32 years.

Cheryl grew up in Maine and previously lived in South Attleboro for over 20 years before moving to North Attleboro 10 years ago.

She worked as a Licensed Practical Nurse at Sturdy Memorial Hospital and retired from LifeCare Center of Attleboro six years ago.

She was active at the Church of Jesus Christ of Latter Day Saints in Foxboro where her last calling was a Temple worker.  Cheryl loved spending time with her grandchildren.

In addition to her husband she is survived by two brothers: Steven and Mark Preston; a son and two grandchildren.  She was sister of the late Larry Preston.

Visiting hours will be held on Tuesday, August 21 from 10 a.m. to 11 a.m. at the Sperry & McHoul Funeral Home, 15 Grove Street, North Attleboro.  A funeral service will be held in the funeral home immediately after visitation at 11 a.m. followed by burial at Newell Burying Ground, South Attleboro.